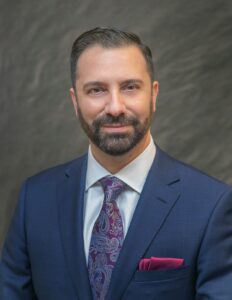 Semanoff Ormsby Greenberg & Torchia, LLC is pleased to welcome Saverio P. (Sam) Mirarchi to the firm. Sam concentrates his practice in commercial real estate, commercial litigation and government affairs. Prior to joining the firm, Sam served as Senior Deputy Attorney General and Assistant Director for General Litigation with the Pennsylvania Office of Attorney General (OAG), Bureau of Consumer Protection for over 16 years.

As a Deputy Attorney General, Sam conducted civil investigations and prosecuted business entities for civil violations of Pennsylvania and federal laws including the Pennsylvania Unfair Trade Practices and Consumer Protection Law. He acted as lead attorney in litigation which commenced in various state and federal courts in the Commonwealth of Pennsylvania, and has appeared in United States Bankruptcy Court in Pennsylvania, Delaware and Texas.

A lifelong Philadelphia resident, Sam has worked in public service throughout his legal career. Prior to joining the OAG, he served as Director of Legislation in the office of Philadelphia City Councilman Frank Rizzo, Jr., for nearly five years. In 2004, he became a candidate for the Pennsylvania State Senate, in the 5th Senatorial District.

Sam is admitted to the Supreme Court of the United States of America, the Supreme Court of Pennsylvania, the United States District Court for the Eastern District of Pennsylvania, and United States Court of Appeals for the Third Circuit. He graduated from La Salle University in 1996 with a BA in Political Science, and received his JD from Widener University School of Law in 1999. A sought after presenter, Sam frequently speaks on topics in areas involving compliance with various consumer protection laws and regulations.