LAWYER REFERRAL
Click Here
Repko Law, LLC is proud to announce that Megan Brooks has joined the firm as an Associate Attorney

Repko Law, LLC is proud to announce that Megan Brooks has joined the firm as an Associate Attorney

Bucks County Bar Association > About Us > News > Latest News > Repko Law, LLC is proud to announce that Megan Brooks has joined the firm as an Associate Attorney 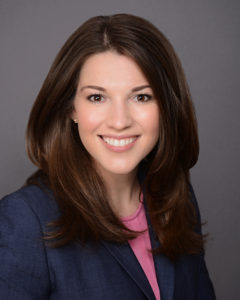 After receiving her B.B.A. from James Madison University and her law degree from Syracuse University, Megan initially served as a judicial law clerk to the Honorable Raymond F. McHugh of the Bucks County Court of Common Pleas. Megan then served as an Assistant District Attorney with the Bucks County District Attorney’s Office, where she prosecuted both felony and misdemeanor cases through all stages of the criminal justice system, and was a team member of the Special Victims Unit, where she specialized in prosecuting crimes involving sexual assault.  Megan was also the coordinator for the Youthful Offender Program at the District Attorney’s Office, which was diversionary program for first-time non-violent youthful offenders.

Megan will be focusing her practice in the areas of family law and criminal defense, where she will represent individuals in the areas of divorce, custody, support, protection from abuse, DUI/DWI, general criminal defense and traffic offenses.  Megan is licensed to practice law in Pennsylvania, New Jersey and the United States District Court for the Eastern District of Pennsylvania.