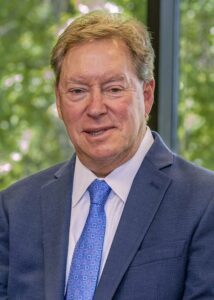 Curtin & Heefner LLP is pleased to announce that Robert D. Sokolove has joined the Firm as a Partner in the Firm’s Litigation Department.

Mr. Sokolove, will practice out of the Firm’s Yardley office. For over 40 years he has been providing legal and regulatory advice, has managed all aspects of corporate business and he provided direction to insurance companies, builders and developers and financial institutions  with respect to flood insurance and related risk mitigation.

His ability to leverage his knowledge and experience into tangible positive results has made Bob a sought-after speaker at conferences, and an expert witness in courts as well as before legislative bodies. Bob is a published writer on subjects involving flood insurance and revenue creation through green initiatives. Bob’s value in directing and managing organizations’ profitability both ethically and sustainably, is well regarded, especially in the fields of flood insurance and eco-development.

During the span of his career, he has represented some of the largest developers in the US, and has produced positive results and impressive profits for companies’ shareholders and investors and has reduced risk and avoided potential liability for his corporate and governmental clients. He has advised some of the country’s largest organizations on how to produce revenue through the development of green and sustainable infrastructure projects.

Curtin & Heefner has provided over 80 years of value-added service. The firm’s storied history ranges from the U.S. Congress to local governments, from the area’s emerging businesses to some of the nation’s largest corporations, banks and insurers. The firm is prominently ranked among the top 100 in size in Pennsylvania, and its attorneys are widely recognized as among the best in the nation, providing creative problem solving, thoughtful counseling, aggressive advocacy, and the highest ethical standards. That rich history and versatility form the foundation from which Curtin & Heefner adds value today … and to which it is committed into the future.