historic meeting commemorated the 40th anniversary of the adoption of the Pennsylvania Divorce Code and the future of the practice of family law in Pennsylvania.

Williams served on a panel of some of the most notable and prestigious judges and legal figures in family law in Pennsylvania. “Major Milestones in Pennsylvania Family Law,” reviewed significant cases that have been decided since the enactment of the code in 1980, as well as subsequent changes since its inception. Williams personally addressed the substantial amendments that were made to the code in 1988, one of just two sets of modifications adopted in the past 40 years.

Williams was well positioned to deliver his portion of the presentation, as he is widely regarded as one of the top divorce attorneys in Pennsylvania. He successfully litigated one of the first significant same-sex child custody cases in the commonwealth. He is a past president of the Pennsylvania chapter of the American Academy of Matrimonial Lawyers and is a diplomate of the American College of Family Trial Lawyers, whose membership is limited to 100 attorneys nationally. He is listed annually in “Best Lawyers,” Pennsylvania “Super Lawyers,” and has been selected as one of the “Ten Leaders of Greater Philadelphia for Matrimonial & Divorce Law” annually since 2004. 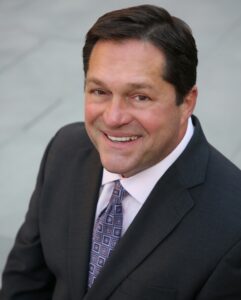