David Hoffman, an authority on the practice of health law and corporate compliance, has decades of experience litigating high-profile matters in both the public and private sectors. He joins as Of Counsel, Barmak and Associates, LLC, a healthcare law firm that represents hundreds of skilled nursing facilities throughout the United States. The law firm is headquartered in West Windsor, New Jersey.

David is president of David Hoffman & Associates PC, a national consulting firm he established in 2005 that has expertise in law, policy, corporate compliance, and regulations that apply to healthcare delivery, patient safety, long-term care, and fraud. His firm assists some of the nation’s largest healthcare providers adhere to regulatory requirements designed to ensure patient safety through legal and clinical compliance. He has also consulted the U.S. Department of Justice regarding failure of care in institutional settings and has been appointed by state and federal authorities to serve as a Monitor for long-term care facilities.

Mr. Hoffman also serves as Practice Professor of Law at the Kline School of Law at Drexel University, where he specializes in patient safety and compliance. For over a dozen years, Professor Hoffman served as an Assistant U.S. Attorney in the Eastern District of Pennsylvania, prosecuting healthcare fraud matters civilly and criminally. He led the first healthcare fraud prosecution in the district under the Racketeer Influenced and Corrupt Organizations Act (RICO) in a case involving multiple pharmacies and pharmacists, physicians, pharmaceutical drug representatives, and street dealers related to the illegal prescribing and distribution of opioids. As a prosecutor, Mr. Hoffman successfully brought civil and/or criminal actions against physicians, managed care organizations, nurses, pharmacists, drug manufacturers, personal care home operators, educational institutions, hospitals, and nursing homes. He also resolved allegations against the University of Pennsylvania, Children’s National Medical Center, and three researchers from a high-profile gene therapy study that resulted in the death of Jesse Gelsinger. The settlement featured a financial component of more than $1 million and led to systemic changes designed to protect participants in human research.

Prior to joining the U.S. Attorney’s Office, David served in the Governor’s Office of General Counsel as Chief Counsel for the Pennsylvania Department of Aging. Previously, he worked as an Assistant District Attorney in Philadelphia.

Elected as a fellow for The College of Physicians of Philadelphia, Mr. Hoffman is a former President and current Board Member of The Eastern Pennsylvania Geriatrics Society.

After receiving his JD from the University of Pittsburgh School of Law, he clerked for Judge Anthony J. Scirica in state and federal court. 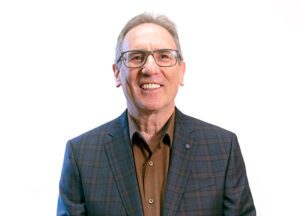