All posts by Emily Carrillo 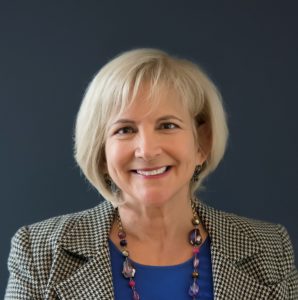 Susan Maslow, Co-Founder and Partner of Antheil Maslow & MacMinn LLP, was the Chair and Moderator of a program entitled BUSINESS AND ETHICAL CHALLENGES:  HUMAN RIGHTS REQUIREMENTS, DUE DILIGENCE, REMEDIATION AND BRAND PROTECTION during the ABA Business Law Section’s Annual Meeting in Washington D.C. on Saturday, September 14, 2019.   The Panelists include Shawn MacDonald, CEO of Verite´, Alice A. Kipel, Executive Director of Regulations and Rulings at U.S. Customs and Border Protection, Stephen A. Pike, Partner at Gowling WLG, Prof. David V. Snyder of American University Washington College of Law, and Emily B. Holland, Senior Associate at White & Case LLP.   The Panel Discussion provided a brief summary of the cycle of human rights violations in supply chains and summarized the growth of legislation, litigation and investor focus on supply chain human rights issues and provided practical contracting and due diligence recommendations, tools and risk assessment procedures to avoid human rights abuses including use of the 2018 Model Clauses for international supply chains published in the 2018  fall issue of The Business Lawyer.  Informed by the Panelists’ knowledge of global policies and procedures, advice was provided as to how to develop an enterprise-wide understanding of, and commitment to, human rights (health and safety requirements, anti-forced labor, child labor and indentured labor constraints) while optimizing market-specific approaches.

A great place for an Attorney!  Only 1 block from the Courthouse Parking Garage.

Darwin IP Advisors is pleased to announce the transfer of the remaining assets from the Beamreach Solar, Inc. (f/k/a Solexel, Inc.) Patent Portfolio (with the closing of the 7th and 8th transactions in July 2019.  These last two transactions, along with two of the six earlier transactions, were structured to backstop start-ups in the renewable energy sector by providing foundational technology and exercisable collateral for further investment rounds.  The four other transactions were completed with long-standing operating companies: (i) a solar manufacturer with a diverse array of commercial/residential products, (ii) global innovative automotive manufacturer, (iii) bio-pharma company pursuing alternative applications, and (iv) a major distributer in the solar industry.  Darwin IP Advisors is proud that the entire Intellectual Asset portfolio, which was developed using greater than $250 million of R&D investment and Department of Energy funding, is now in the hands of operating companies.  With the completion of these transactions, this innovative and instrumental thin, flexible solar portfolio (comprised of more than 180 families and 700 assets) is now positioned to support the continued research/technology development and further the product roadmaps for these companies.

The Senate Democratic Policy Committee will hold a hearing on Rape Culture Epidemic in Phoenixville, PA on Friday, September 20th, 2019 at 11:00 am.

The agenda for the hearing is attached for your review.

State Sen.. David G. Argall heads a committee that is looking at ways to replace using property taxes to fund school districts. So far, the group has only agreed that something must be done. (KEVIN MINGORA / THE MORNING CALL)

A group of state lawmakers seeking to eliminate or reduce school property taxes is “slowly moving toward consensus” and, with 8 hours of meetings behind it, will meet at least two more times, its leading member said Tuesday.

State Sen. David Argall, a Schuylkill County Republican, said the goal was to then meet a third and final time with the state House and Senate party leaders who appointed the informal group in early July.

“We have explored, I think, all of the options,” Argall said. “Now, the task remaining is to identify that bill or those bills that can get to the governor’s desk that he will sign and, most importantly, will have 102 votes in the House and 26 votes in the Senate.”

The much-disliked tax is based on the assessed value of properties and produces about $15 billion a year to fund school districts. Lawmakers have tried for years to come up with tax-shift plans to cut or eliminate property taxes.

House and Senate leaders of both parties appointed the “working group” in July to come up with a legislative plan by the time lawmakers return to Harrisburg later this month.

One group member, Sen. Lisa Boscola, a Northampton County Democrat, said discussions have run the gamut from total elimination of the tax to reduction to the granting of rebates.

The concept of taxing retirement income to help eliminate property taxes ― put forth recently in a proposal by state Rep. Frank Ryan, a Lebanon County Republican ― causes “a lot of angst among a lot of members,” Boscola said. But, she said, nothing has been ruled out.

Boscola said that while the group is not yet close to having a final plan, there is universal agreement that something needs to be done.

Argall has introduced legislation to get rid of property taxes in each of the last three legislative sessions. The last vote came in 2015, when a 24-24 tie in the Senate was broken by a negative vote by then-Lt. Gov. Mike Stack.

One appointed group member, Republican state Sen. Mike Folmer of Lebanon County, said Tuesday that family issues and involvement with another legislative issue forced him to drop out of the group.

But Folmer, who has been involved with the issue for years, said he would only support complete elimination of the tax.

Attorney at Work announces the newly updated and expanded second edition of “Everyday Public Relations for Lawyers,” by Gina Rubel, attorney and award-winning legal communicator and CEO of Furia Rubel Communications, Inc. Written for lawyers and legal marketers, Rubel’s popular no-nonsense guide delivers hands-on advice on all critical aspects of public relations—from the dos and don’ts of media relations to controlling the message to harnessing the power of the internet and social media.

The comprehensive book focuses on strategic PR for business development and has been expanded to include new chapters on crisis communications and legal marketing ethics.

Rubel said, “This new edition is long overdue. The first edition of ‘Everyday Public Relations for Lawyers’ was published in 2007, before any of us had any idea how things like social media and data privacy would change the legal marketing landscape. Then, in 2018, the American Bar Association changed the relevant Model Rules. At that point, we knew it was time for the second edition.”

“Everyday Public Relations for Lawyers, Second Edition,” is available for purchase through Attorney at Work.

The Coalition to Shelter and Support the Homeless  is hosting  – Raise the Roof for Homelessness dinner and fundraiser on October 12th at the Doylestown Country Club. This event supports the a great local charity whose mission is to provide Code Blue shelter and outreach to unsheltered adults in Central Bucks. Enjoy dinner, open bar, music, live and silent auctions, and great raffle baskets. Your generosity will have a positive impact on those who need it most in our community.  Let’s see our legal community turn out for this ‘party with a purpose”!  Get your tickets now at 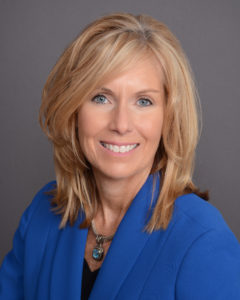 Jennifer Courtney announces her approval as a Parenting Coordinator by the Bucks County Family Court after having completed all requisite training under Pennsylvania’s new rule which went into effect on March 1, 2019. Under the rule, a Judge can appoint a Parenting Coordinator, or the parties can agree upon one. As a Parenting Coordinator, Jennifer can address certain custody disputes quickly, effectively and economically. The custody issues are limited and are not major parenting decisions, however, they are issues upon which the parents cannot agree that do need resolution. Parenting Coordination offers an alternative to address issues such as attendance at time-sensitive special events like birthday parties or sports banquets, temporary variations of extracurricular activities, transition issues between households, etc. as oppose to filing a petition. Jennifer is excited about the ability to offer this new service to families and assist in custody conflict resolution. In addition to the training, Jennifer has 25 years of experience as a family law attorney to rely upon in resolving these custody disputes.

Council Rock South is looking for an attorney-advisor for one of their mock trial teams for the up-coming year.  This is one of two teams at the school, and the team is very well established with a solid faculty advisor (Tina Jones) and strong student interest.  It’s a great group of hardworking kids, several of whom are returning from a team that advanced to the second round last year.  I had planned to help them again this year, but I am an Army reservist and I am being deployed overseas for 8 months so I can’t help with the team this year.  If you are at all interested or have any questions, please feel free to email Tina (at tjones@crsd.org) or me (at jpavlovcak@hotmail.com).